As we approach Mother’s Day, I wanted to share some books that showcase not just one inspiring woman, but many in our history. These inspiring women that lead the way or pioneered the way for girls and women to live up to their potential and to dream big.  I’ve used these wonderful children’s books as read alouds for a unit on Women’s Suffrage and Rights. 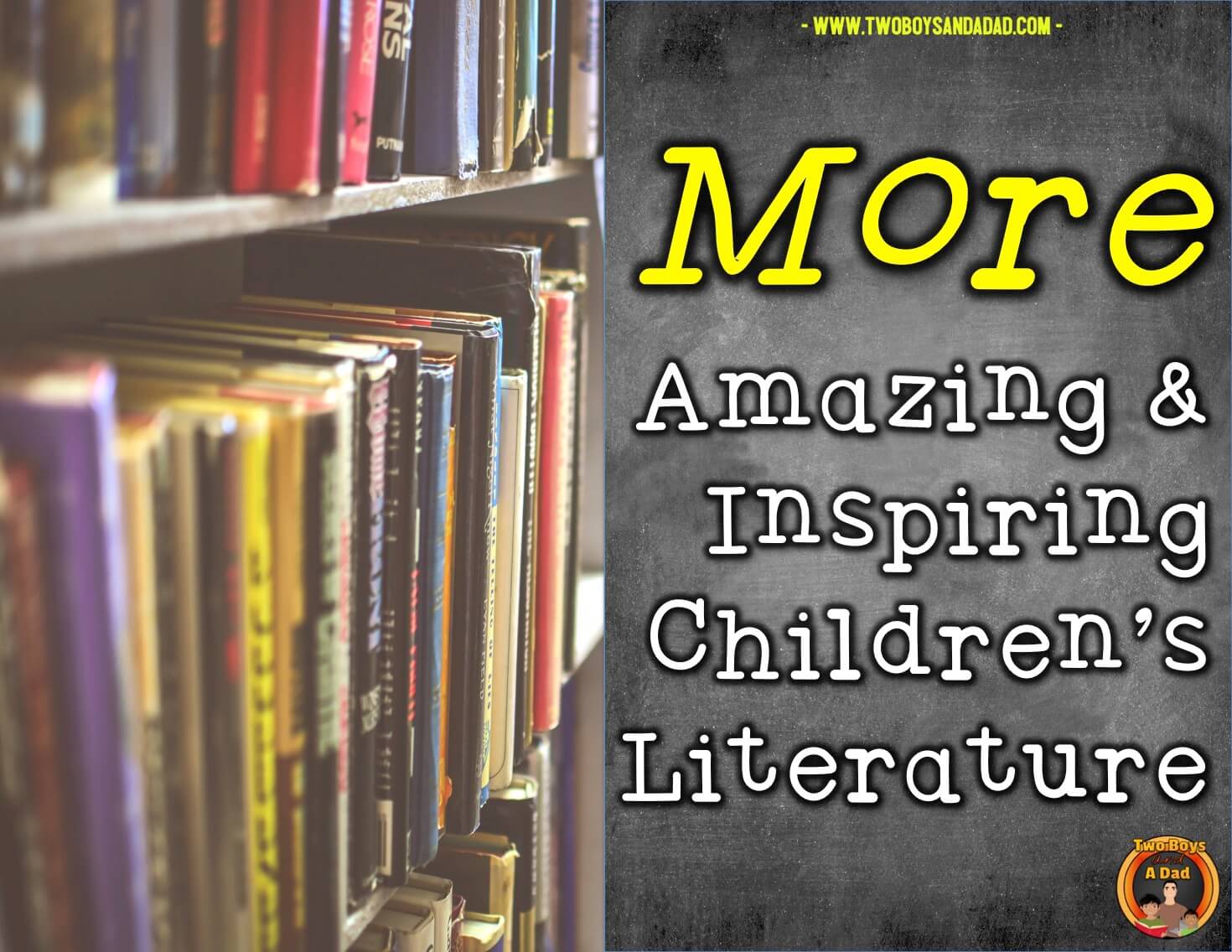 When I speak to students, it’s obvious that they have no clue how restricted, controlled and demeaned women and girls were until about the 1970s.  Did you know that before the 1970s, a woman could not get a credit card on her own?

We’ve come a long way, but there are still wage disparities, glass ceilings and push backs.  I feel it is important to let those girls sitting in our classrooms know how fortunate we all are that these courageous women fought for a woman’s right to an education.  Everyone needs to learn about how it was just not one inspiring woman, but many women pioneers who fought for the rights of women. 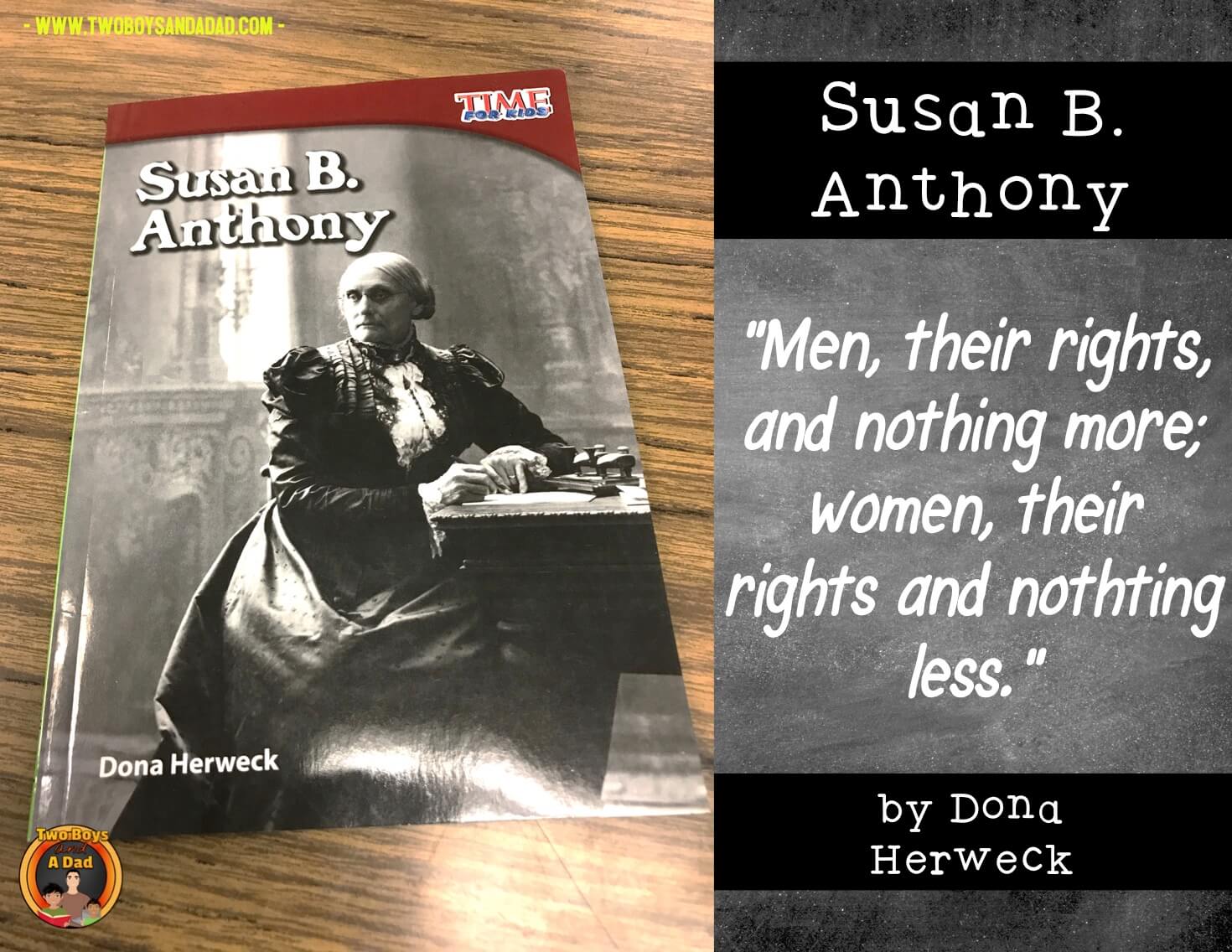 Her parents taught her all people are created equal and that every adult should have the right to vote.  The values she learned as a child inspired her to be one of America’s most inspiring women. 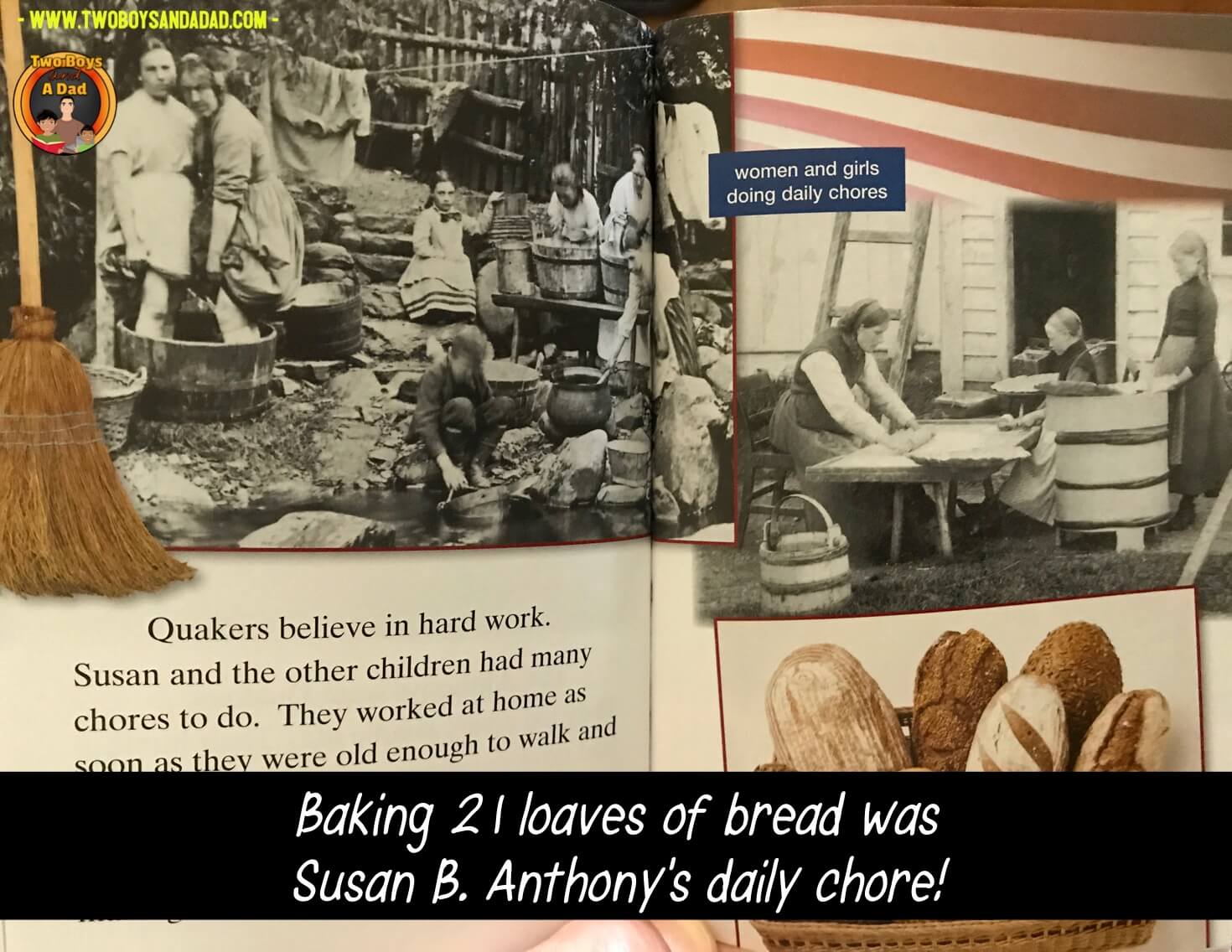 What I really enjoyed about this book, is that it details Susan B. Anthony’s early life as a child and young woman.  As a Quaker, she believed in hard work and simple living.  Did you know she had to bake 21 loaves a day for her family?  It’s an eye-opener for kids who don’t know about life without all the modern conveniences we have today.

Life, in general, was harder back then, but it was even worse for women because they had little to no options to life outside of being married and having many, many children.  The book is non-fiction and has many photographs and illustrations.  A timeline is included.  Susan B. Anthony changed the world, and this book is an excellent starting point for young children to learn about her life. 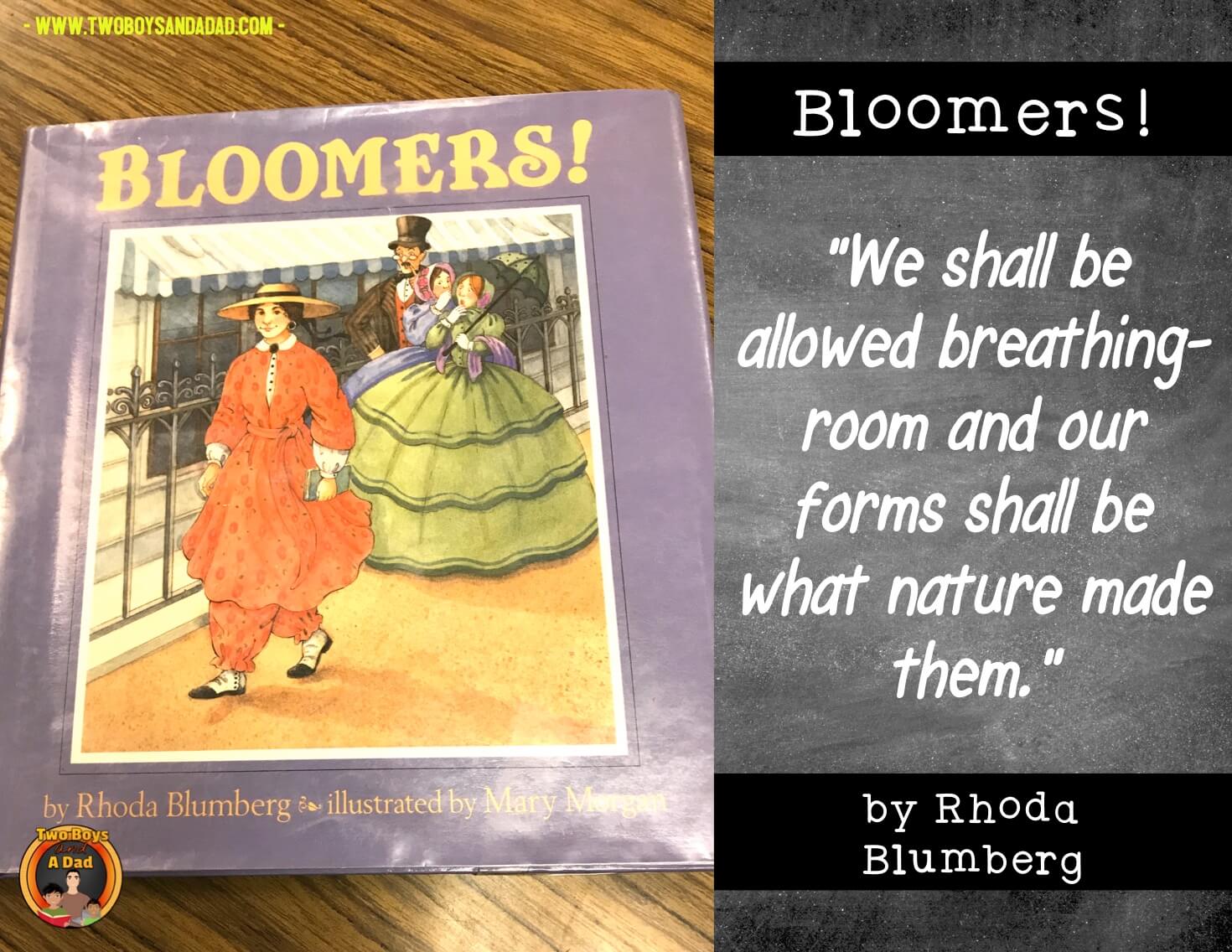 I think most girls looking at this book would think that the dresses worn by women back in the 19th century look like princess’s gowns.  They were anything but!  Before reading this book to my class, I show them some pictures of a corset, petticoats and those long heavy dresses.

I ask them how much do they think it all weighs together?  Did you know that it weighed about 25 – 30 pounds!  Imagine trying to clean, care for children and cook with 30 pounds added to you!  Now you know what women had to endure back in the 19th century and before. 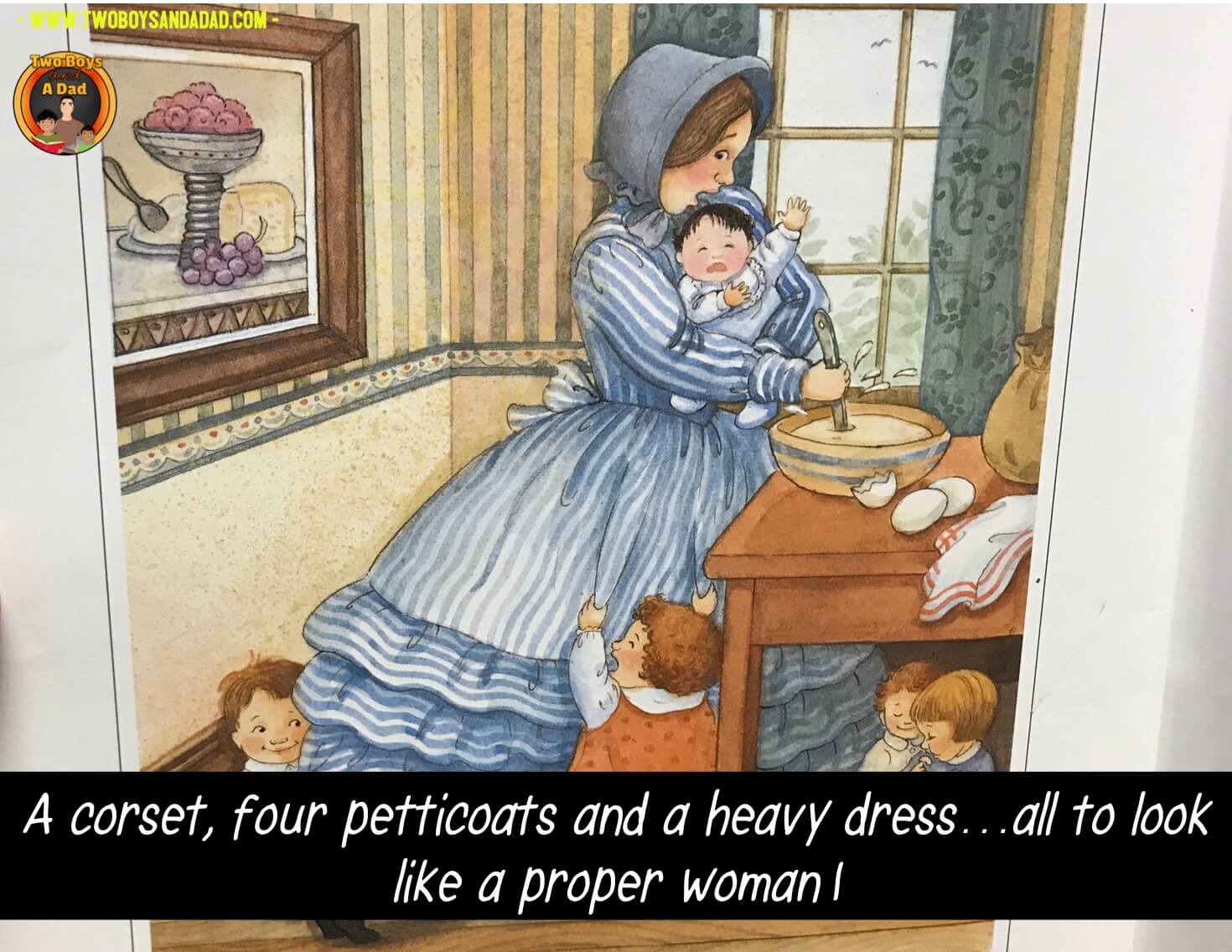 This book is about Amelia Bloomer, the woman who invented the bloomers (pants worn with a short dress).  Of course, wearing bloomers, as they were soon to be called, was very improper for a proper lady.  She even got Elizabeth Cady Stanton, her cousin,  to wear bloomers for a time.

But Amelia did more than just invent the bloomers, she was editor of The Lily, a journal that at first promoted temperance but later expanded with the writings of Elizabeth Cady Stanton to promote equality for women. 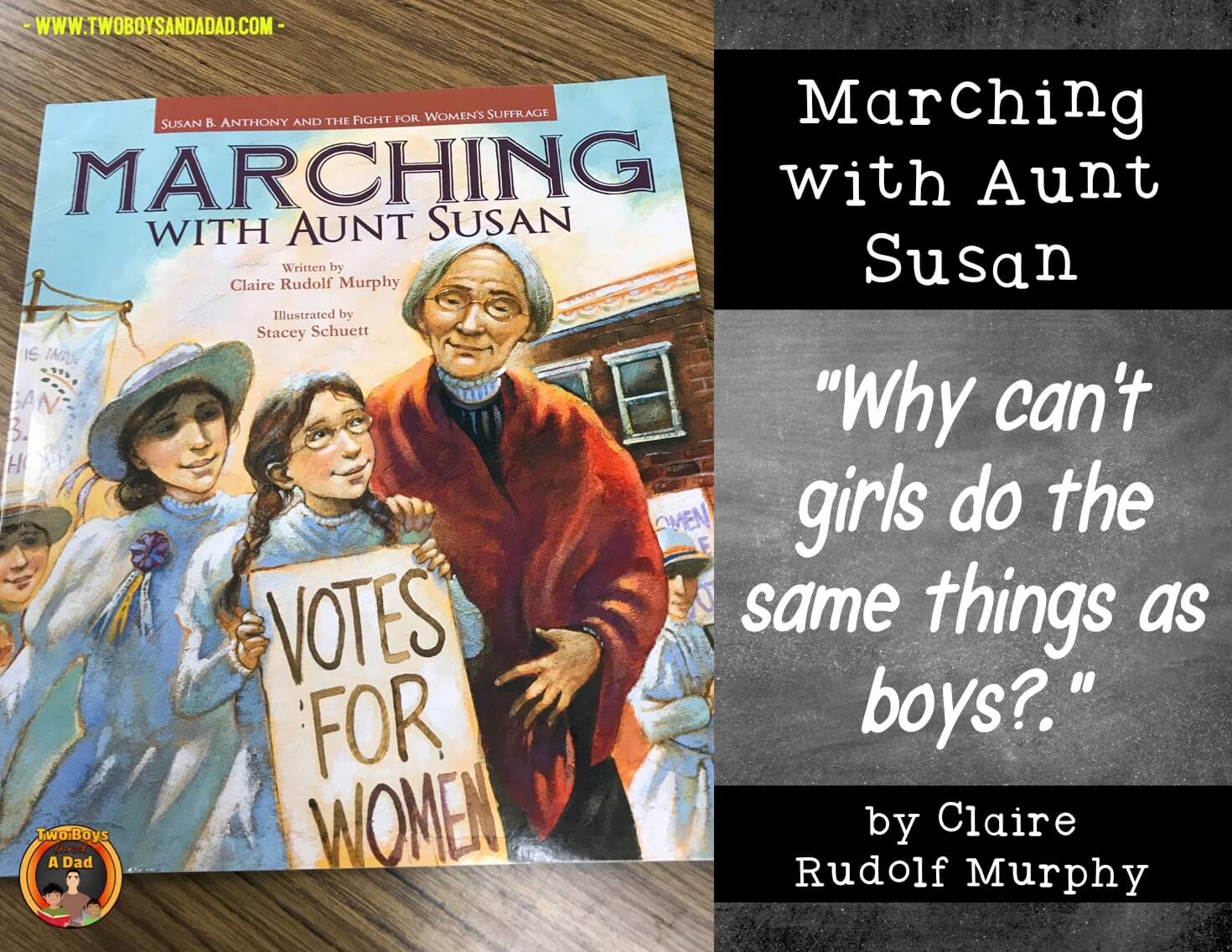 This story is based on the true story of Bessie Keith Pond who lived in California.  Did you know that California granted women the right to vote in 1911?  This story though was from the first campaign to give women suffrage in California in 1895.

It details how Bessie met Susan B. Anthony, who had come to California to campaign on behalf of the women.  The author states that she researched about women’s suffrage in the Western states and came across Bessie’s journals, letters and newspaper articles by her suffragist aunt, Mary McHenry Keith. Bessie lived from 1886 – 1955. 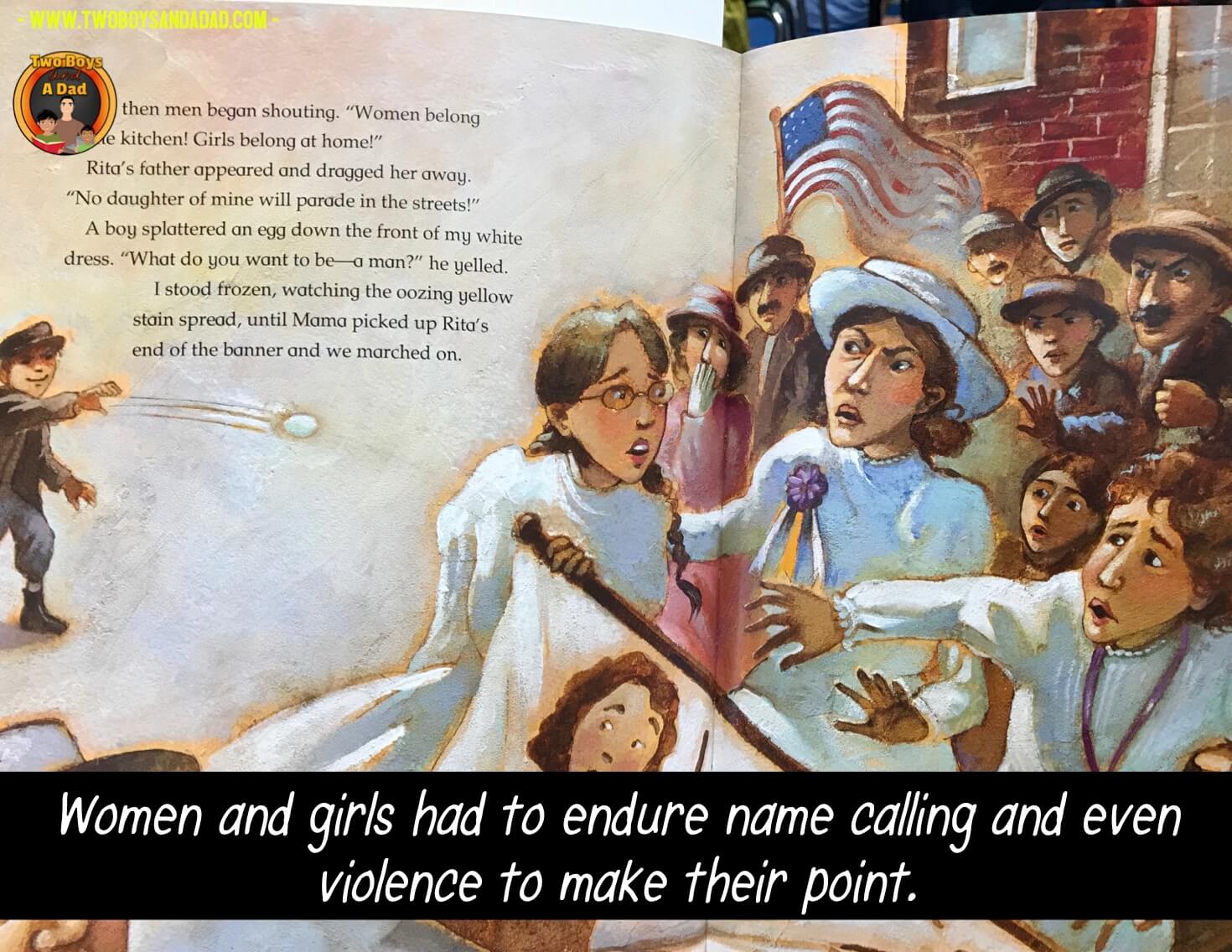 I believe that one aspect of the Women’s Suffrage movement that is apparently overlooked is the pushback these women faced. Many of these girls and women suffered violence at the hands of men. This book gives one example, but I also show my students real-life examples of what happened to the protesters outside the Wilson White House and the Pennsylvania Ave Parade and March.

This book also has a short biography of Susan B. Anthony, a timeline of Suffrage History and photographs of newspaper articles about the Suffrage Movement. 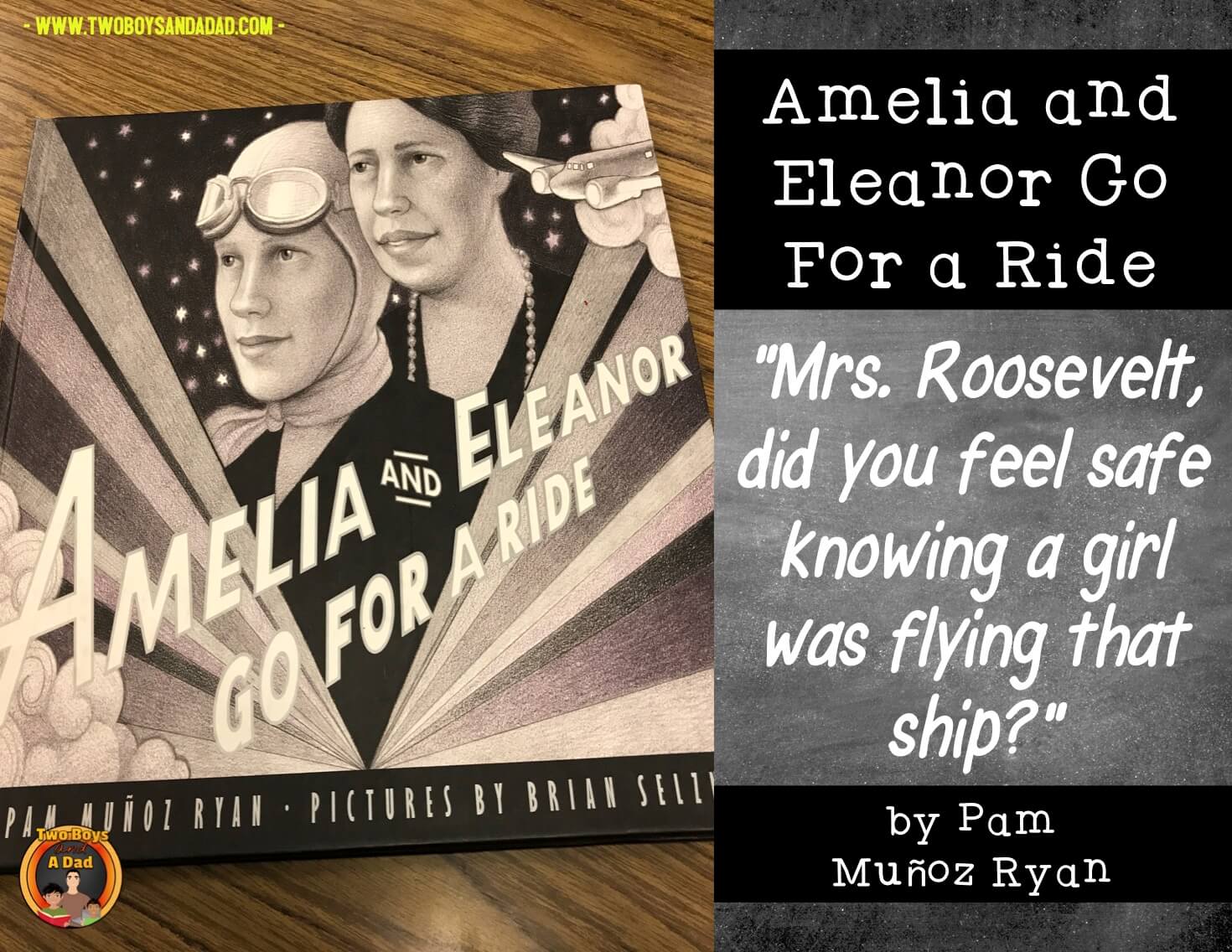 I had no idea that Eleanor Roosevelt had a student pilot’s license!  This book is also based on a real story of the night Amelia Earhart took Eleanor Roosevelt on a nighttime airplane ride over Washington, D.C., over the objections of the Secret Service.

First off, the black and white illustrations are fantastic (illustrator is Brian Selznick) and lend an air of 1930s black and white films to the story.  Amelia is invited to dine at the White House with the First Lady.  There the conversation turns to flying.  The First Lady asks what it feels like to fly at night.  That’s when Amelia comes up with the idea of flying that evening.  And of course the Secret Service objects! 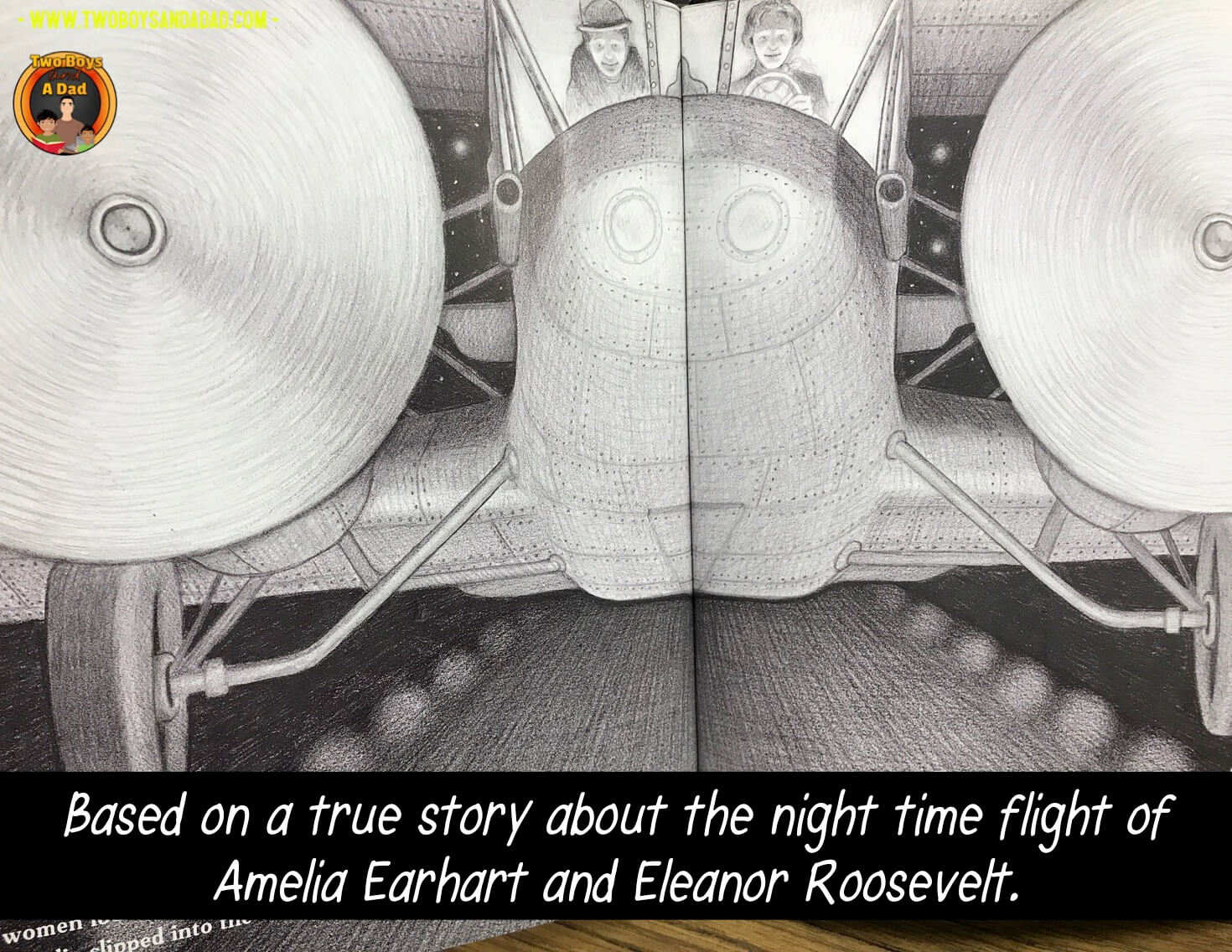 As Eleanor points out, if Amelia can fly across the ocean by herself, she can take a short nighttime flight to Baltimore and back.  Reporters were waiting for them as they landed back in Washington, D.C.  Of course, the questions sound very condescending in today’s world, but they were still asking if it was safe for a “girl” to fly a plane!  I always use this opportunity to point out to the girls (and boys) that calling a woman a girl is condescending and demeaning.  Would you call your dad boy? 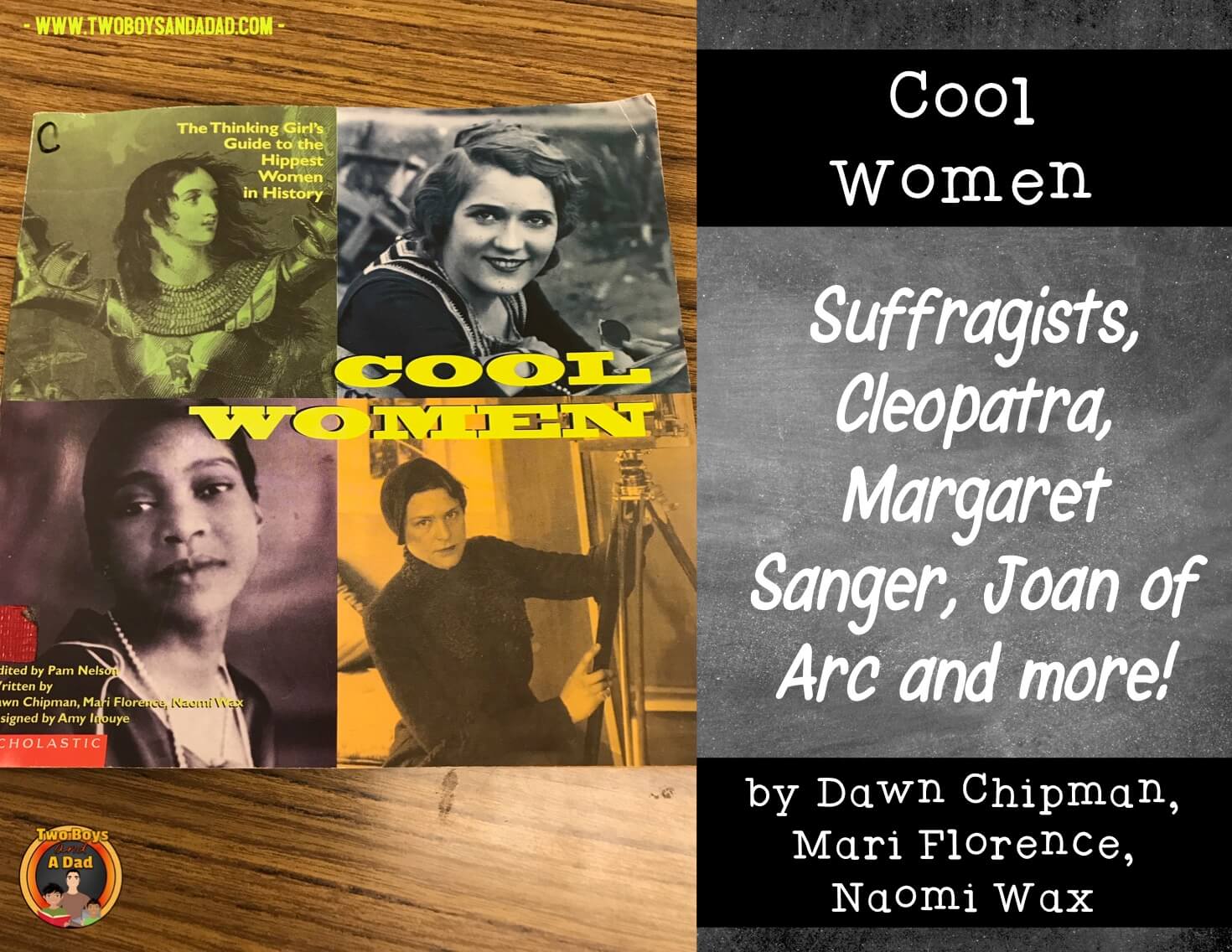 This book is a non-fiction book that details over 50 women who were pioneers or just plain cool!  From women pirates to women baseball players.  From women scientists to women artists.  The book is not just about American women, but women from all over the world and from all historical periods.  There are even portraits of goddesses, queens, and femaleSoviet Flying Aces. 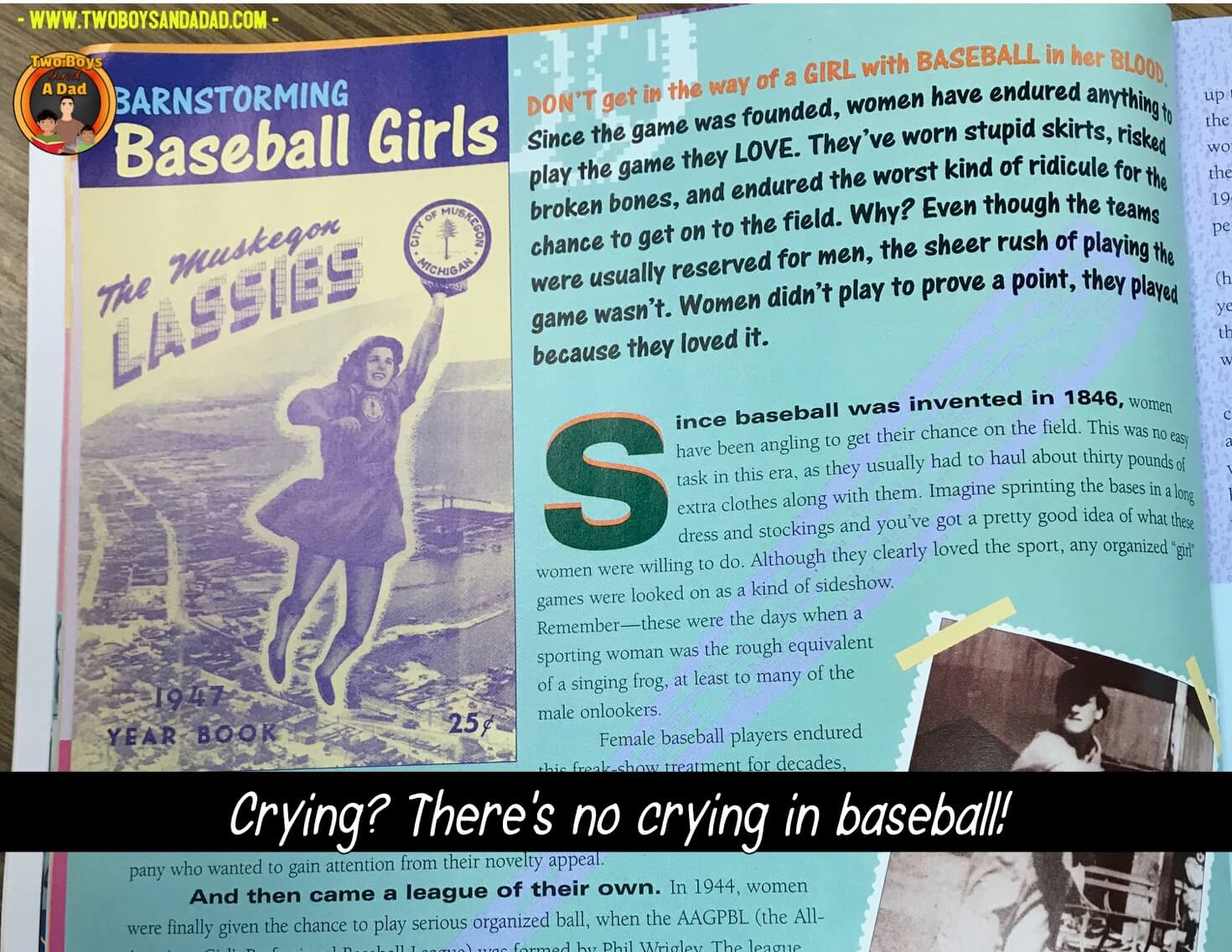 With the advent of Title IX, more and more girls and young women are given the opportunity to play sports and be part of sports in general.  Before that though, women athletes were not even considered on par with male athletes.  During WWII, the shortage of manpower to fill major and minor league baseball teams brought about the All-American Girl’s Professional Baseball League.

There’s that “girl” label again.  Even though these women were certainly pioneers and proved that women were just as capable as men to play baseball, I do have a discussion with my class about the sexist treatment these women endured to play the game they loved.  From the ridiculous uniform skirts they wore to the even more ridiculous team names (Milwaukee Chicks?), these women had to look coiffed on and off the field.  And of course, there’s no crying in baseball.

What are your favorite books about inspiring women? Share below in the comments.

Looking for more articles about using children’s books? Check out these!

How to use Gerald McDermott’s Books to Compare and Contrast

Focus on the Literature Standards with Amazing Folktales