Word problems are the bane of every teacher’s existence.  But word problems shouldn’t be! Why? Because life is a word problem.  We use math every day in our lives to solve problems.  Math is about solving problems – problems that exist in real life.

Math is everywhere.  So word problems are not going to go away.  But is there a way to help students better understand word problems so they can make sense of them to solve them? The answer is YES!

Have you heard of the Three Reads protocol? If you haven’t, then keep reading because I’m going to explain what it is so you can use it in your classroom to help your students solve word problems! The main reason students struggle with word problems is that they fail to make sense of the problem or fail to persevere in trying to solve the problem.  That ladies and gentlemen is the first listed Standard for Mathematical Practice (SMP 1):  Make sense and persevere!

So your students give up before even trying. They lack perseverance.  They sit there clueless with no idea what to do. Or they just misinterpret the problem altogether and go down the wrong solution path.  Then the Three Reads protocol is an instructional routine you need to include in your math instruction.

No, it doesn’t involve circling key words or memorizing some mnemonic or chanting for the Math Gods to appear and grant us word problem magic.  Instead, it involves teaching students how to reason through a problem.

As the name implies, you read the word problems three times, but each time it’s read with a different purpose.  Students need to understand that reading word problems is different than reading a story or narrative.

How is it different? Rather than begin with the main idea or the problem as a fictional story would, math story problems begin with lots of details which a reader has to put aside until they find the question, which is usually presented last. Then the reader has to go back and relate the question to all those details to figure out which ones can be used. It’s upside down and backward which is why students get frustrated and anxious about word problems.

In the end, you are teaching kids how to reason using a routine which helps them to make sense of word problems.

Not Just a Fad to Solve Word Problems

No, it’s not just another fad that is trending at the moment. Instead, it’s based on research.  Don’t take my word on it, check out this paper from the Stanford Graduate School of Education:  Principles for the Design of Mathematics Curricula:  Promoting Language and Content Development.

It has been adopted as a key strategy that’s integrated into several district math programs, notably the San Francisco Unified School District which has adopted Three Reads as a signature strategy.

But my go-to resource for learning about this instructional routine is fosteringmathpractices.com by Amy Lucenta and Grace Kelemanik who also wrote the book Routines for Reasoning.  By providing these links and resources, I want you to see that this is a proven, researched-based, and practical strategy that helps all types of learners, but especially English Language Learners (ELLs)  and Students with Disabilities (SWDs).

The first thing to know is that there are different protocols put out by different practitioners or developers of this instructional routine. The one that I follow is the one I learned from Routines for Reasoning.  It is neither “correct” nor “better” than the other protocols.  All the protocols work.

What do you need to get started? You need a good word problem.  A problem that is relatable to your students but will also provide some productive struggle.  If you’re familiar with Depth of Knowledge (DOK) levels, try to find one that is DOK 2 or above.  For my example, I chose a problem directly out of the Houghton Mifflin Go Math 2nd grade math book.

You can put the word problems for this routine into a PowerPoint or Google Slides.  You can also project it from a typed copy using a document camera.  But my preferred method is to have it on a chart paper so it’s easy to reference and annotate.  I also write the three questions I will ask for each read on a separate chart paper so I can record student thinking. Lastly, you’ll need visuals for each read.  I made my own based on the Three Reads protocol by Amy Lucenta.

On the first read, students don’t actually read the problem. The problem is read aloud by the teacher.  Why? Because you want the students to focus on one thing: What is this story or word problem about?  This is an important step because this is where you can clear up misunderstandings and clarify or define unknown words in word problems.  This is especially critical for ELLs who might misunderstand the context of the problem because of multiple meaning words or unknown vocabulary.

You want to record what students say.  By listening and recording, you can clear up misunderstandings about context. Also, I try to get students to be more specific.  If the story is about sports, I help to clarify by asking which sports? The more specific and detailed, the clearer the context becomes especially when students restate it in their own words.

Now it is time for the students to actually see and read the problem.  You can give each student their own copy or just project it with a document camera.  I prefer to have it on a chart paper.  The teacher and students read it together.  This time, the focus is different.  We are reading to find out What is the question? What are we trying to solve or discover?

Some variations of the Three Reads protocol do not include the actual question but rather solicit students to construct questions that could be asked about the context of the story problem.  I prefer to leave the question.  Why? Because most students can find the question in the story problem since it usually is included at the end.

Again, the procedure is the same. Use the prompt, What is the question? What are we trying to solve? Have students ponder individually for a few minutes.  Then have them pair-share what they believe the question is. Together the pair should try to restate the question in their own words.  As students pair-share, the teacher should be circulating prompting students who are stuck or not participating.

Finally, have volunteers share what they think the question is or what are we being asked to find.  Capture the student thinking on a chart so you can arrive at a consensus about the question.  This part always seemed the most difficult because it was a challenge to sometimes restate the question in your own words. But one clever student used a NOT statement (How many students were NOT playing soccer or basketball?).

On the third and final read, students and teacher read the story problem again.  This time the focus is on capturing or identifying quantities.  What is a quantity? It’s anything that can be counted or measured.  Sometimes quantities are hidden or are words instead of numbers (e.g., the rest, the remaining, the others, etc.).

After you’ve read it together, have individual students ponder: What is the important information? What quantities are in the story problem?  Once again, have students pair-share to agree on what is the important information that relates to answering the question from the second read.  Finally, have volunteers share the quantities found and record these as student thinking.  If not all the quantities are discovered by the students, you might need to prompt and remind them that not all quantities are numbers but can also be words or can be hidden.

Sometimes a quantity is unknown because it is the answer needed to solve the problem!  And that’s a great discovery for students to make.

Do the Students then Solve the Word Problems?

It depends.   You can stop after the third read.  Or you can have the students solve the problem either individually or in pairs.  I choose to have the students solve the problem to help them see how this strategy helped them make sense of a difficult problem.  I feel it’s important that students experience that feeling of accomplishment in knowing that the extra effort and reasoning put into solving a word problem paid off!

The problem I had chosen was intended to be a 2 step problem, however, students found multiple solution paths that did NOT require both addition and subtraction.  You can see below examples of how students found the solution.

You’re probably wondering how long this process takes. The first time you present the routine to your students, they are just learning the process so plan on an entire math period.  Once they’ve learned the routine, it should not take more than 15 – 20 minutes each successive time you do it.

Reflecting on the Process of Solving Word Problems

Whether you have the students attempt the solution or not, you do want them to reflect on the process.  For closure, have students think to themselves first what they learned about reading or solving word problems.  Then have them pair-share and finally share out as a class.  You want students to see the value in taking a determined and structured approach to problem-solving.

As a teacher, when I reflect back on the process I see the value in making this routine a common practice during the school year.  Why? Have you ever heard of ganbari? It’s Japanese for “exerting tenacious effort.”

You see, one reason Japanese students do so well in math is that when the going gets tough, they get tougher (you know, grit!). The teacher and students give the student encouragement to try harder.  They truly believe that success is not about competence or abilities but about effort and hard work.

How Often Should I do this Routine with my Students?

The point of instructional routines is to:

Get These Solving Word Problems Posters for FREE

Just sign up below for my newsletter to get the posters I used for the Three Reads Routine.  Originally, I had made them using a different color scheme, but I made a newer version that uses a new color scheme.

Sign up below to get new and improved posters for the Three Reads Routine!

Let me know how you are using this routine with your class. Remember, they’re not just steps but a process that takes time to internalize and master. 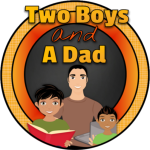